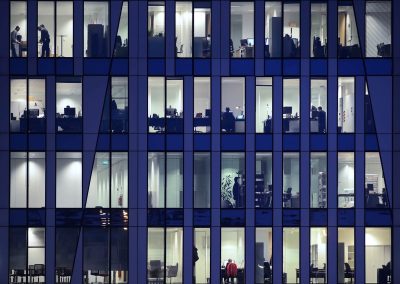 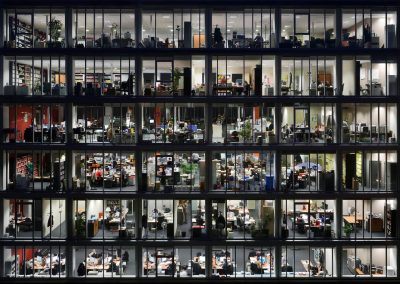 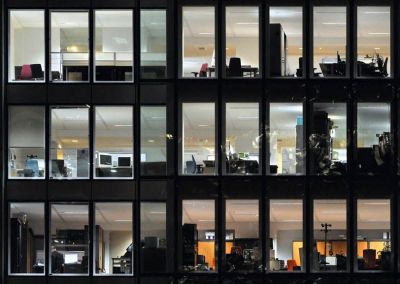 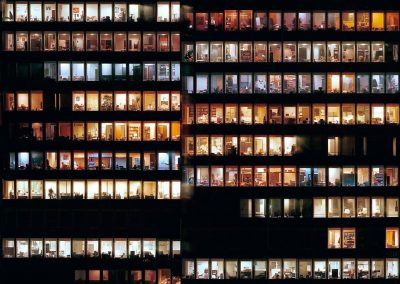 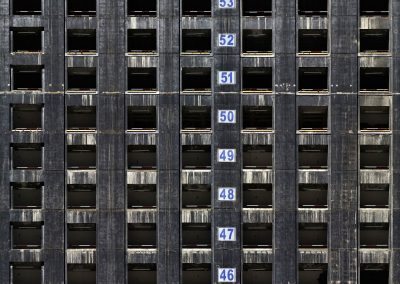 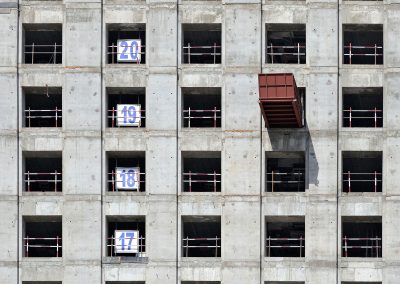 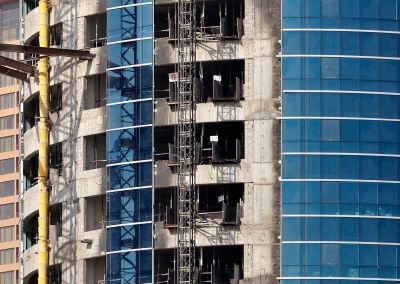 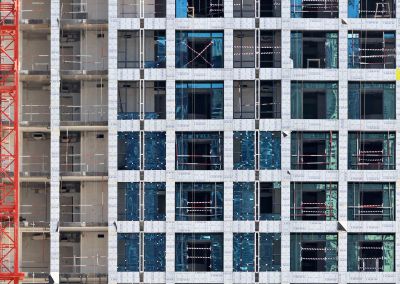 Jean-Pierre Attal explores the mechanisms that underlie urban environments and their architectural structures. Like the ethnographer, he first collects the raw data on the ground. Towers, offices and escalators are his corpus and are places of passage and flow marked by the tertiary economy.

By synthesizing and restructuring the space of these exchanges, the author proposes an abstract and rhythmic transcription of urban landscapes.

Like modern monoliths, its large formats stand out for us. Glass and concrete towers rise, expand, completely fill the frame.

There is no question here of architecture but rather of structures, simply reduced to their function of economic growth. In a dizzying abyss, the author reveals the redundancy of the bureaucratic motif. At night, the towers reveal themselves in all their vertical supremacy. Thus in his “Alvéoles” series, offices are piled up in cubic, impersonal systems. In these spaces, the presence of man manifests itself in invariable silhouettes.

The works of Jean-Pierre Attal are a visual shock and encourage us to reflect on modern constructions, their propensity to spread in everyday life, to touch the man at the heart of his identity and integrity. It thus revives the myth of the Tower of Babel which evokes not only “the hybris”, the limitless ambition of man, but also the emptiness of these buildings. Like this building being built Empty Architecture series, whose empty cells are waiting gaping that men play a new partition. 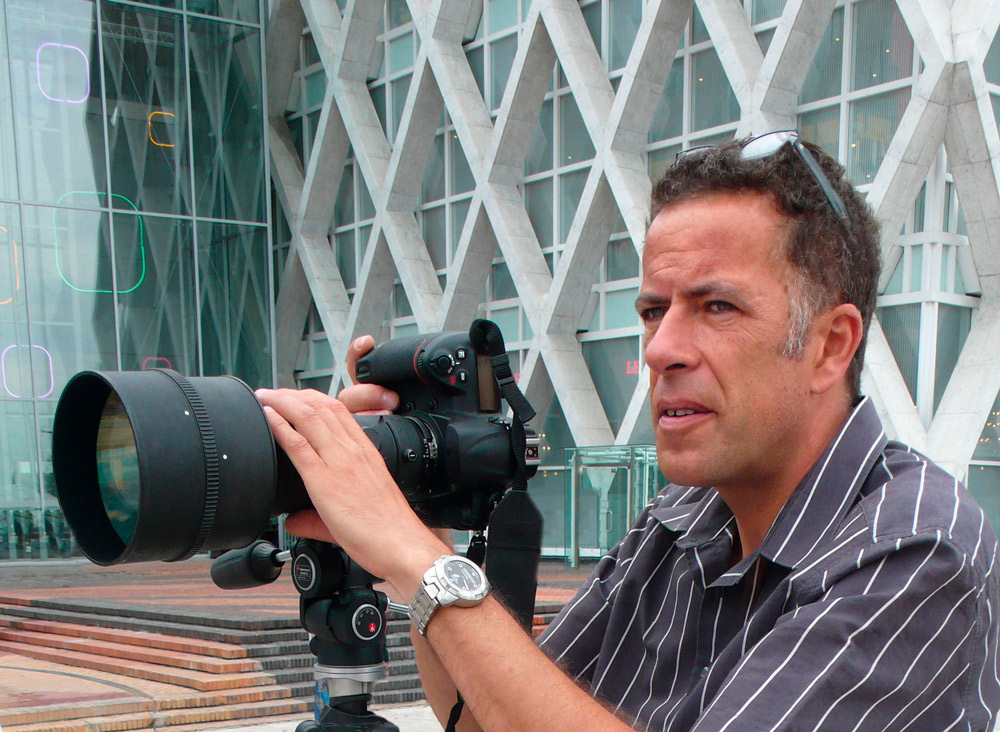 Born in 1963
Iives and works in Paris